Barons of the Galaxy is a loosely cooperative strategy game of commerce, industry, politics and warfare played online with thousands of players at the same time in a self-expanding galaxy. It is played through your regular internet browser, iPad or Mobile Phone with nothing to install and is free to play with limited features. 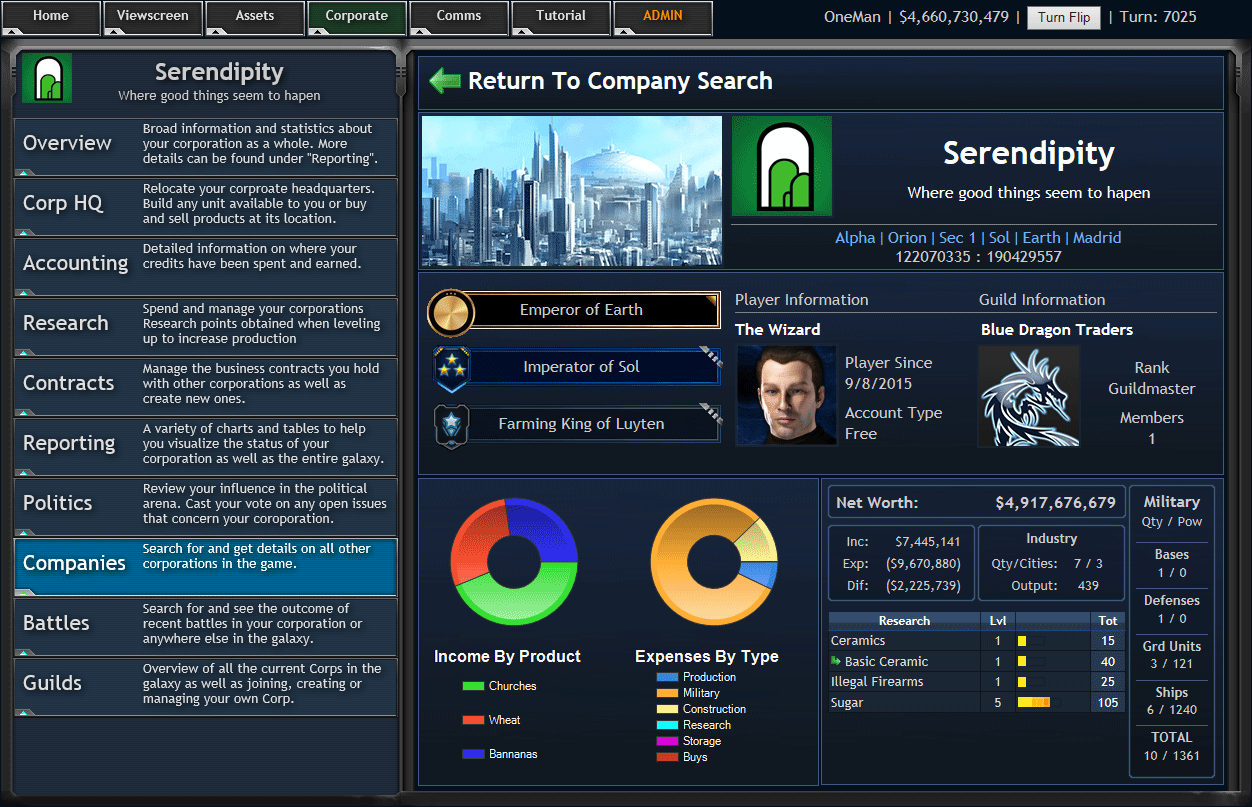 Players begin the game by creating a corporation with a name, jingle and starting Research and then are directed to a simple tutorial which explains the basics of play and guides you through the first steps of setting up your empire.

Players can place their first structure, their Corporate Headquarters, in a city anywhere in the starting system which has a resource they are interested in mining. From there they can sell their products locally or use transports to ship them to other nearby cities with higher market values. From their Corp HQ the players can build other structures locally or transport construction units to other cities or planets to build structures at remote locations.

"I really like how this is setup. I'm big on these kinds of games and this takes the cake so far." - Thomas 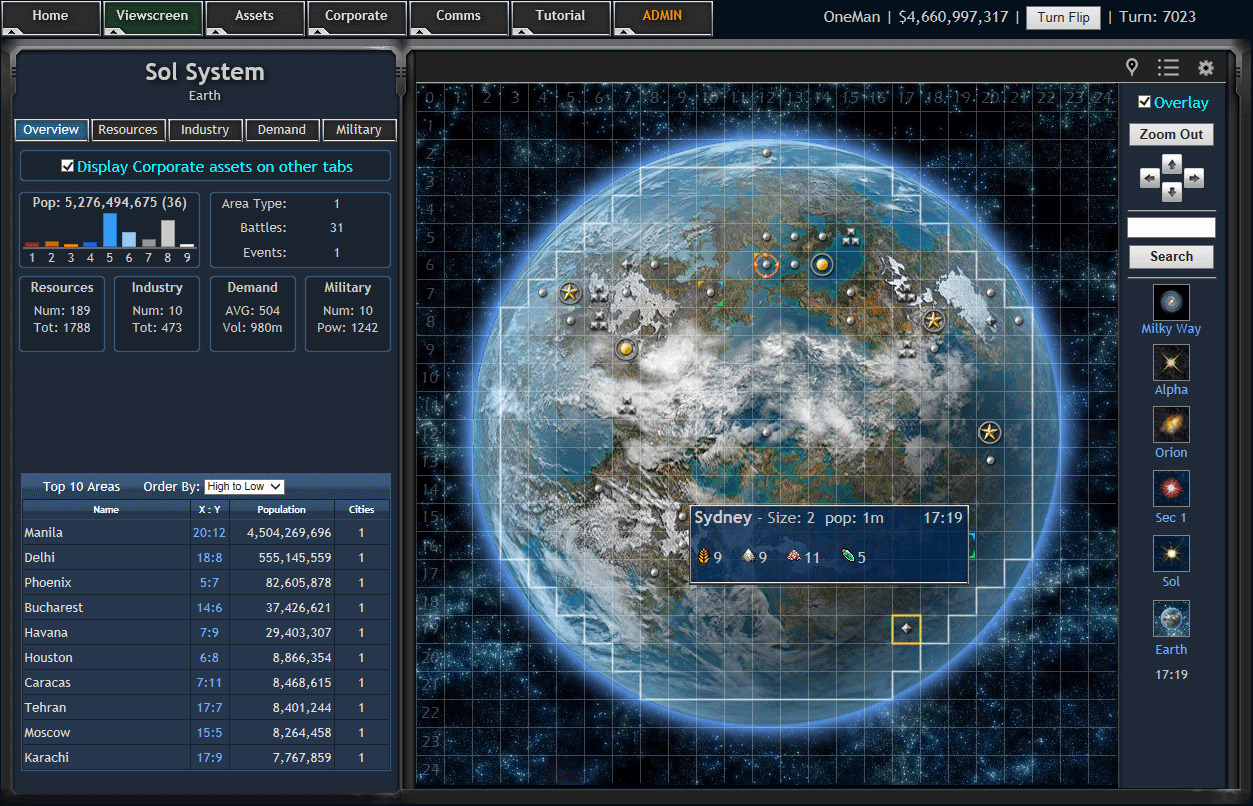 There are 16 resources across 10 planet types that can be combined to make over 150 products which all the cities have an ever increasing demand for. Players will need to trade with others in different industries to collect the varying resources required to make these higher tier products efficiently. Other players will most likely share the same space in the cities making trade easier or perhaps more difficult.

Random interactive events occur on city, planet and star system wide levels. Ranging from simple NPC raids on cities or sudden market movements to quest like events which require the cooperation of entire planets to avert disasters. The players in the affected location can usually use their voting power, which is based on their industrial or military might, to alter the scenario of events before they become effective. Players are also elected to govern cities, entire planets or even solar systems which gives them income based on city populations. They are also expected to protect their territory as well as the other players doing business within them.

"I'm exited to hear about your game here, for a long time I've too considered making something better than the current alternatives, seems like you beat me to it." -Nochip 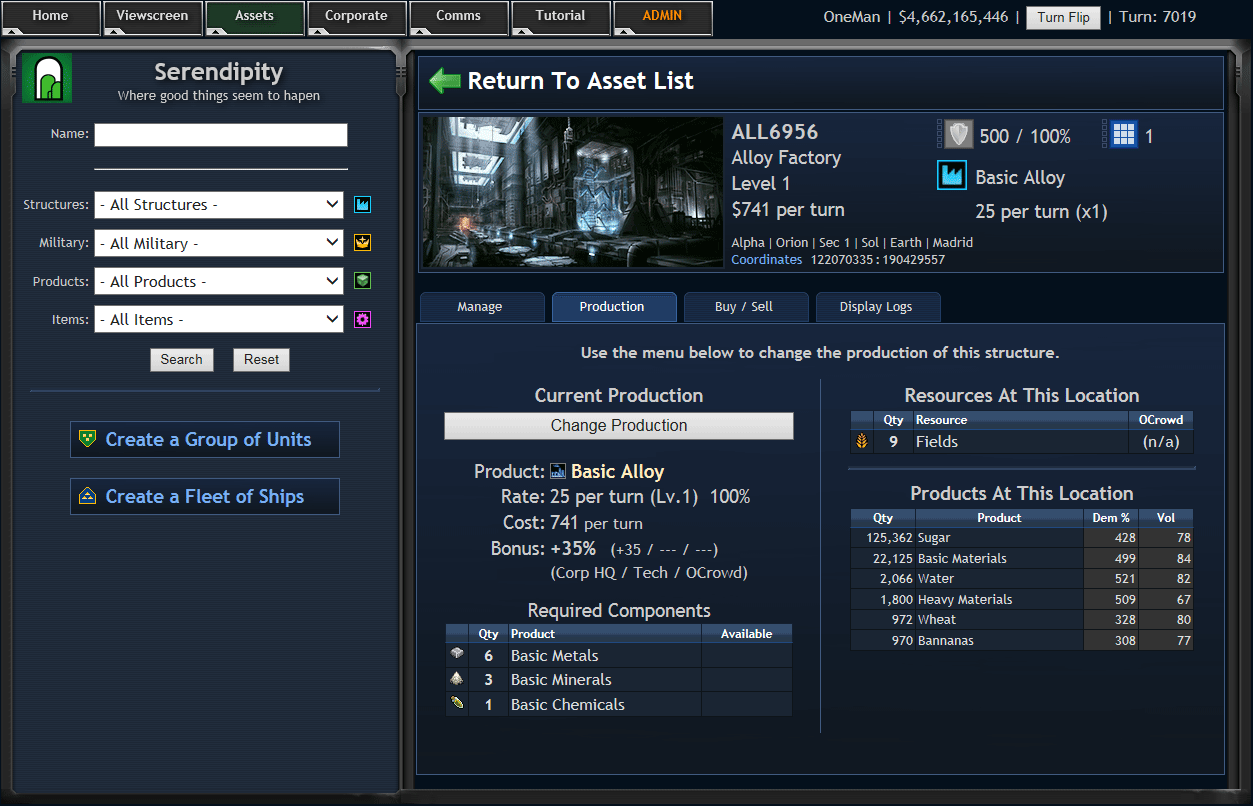 Players can avoid combat by doing business quietly under the protection of another player ruling their territory. For the combat oriented players there are 25 different military units including spaceships, ground units and defenses, each with their strengths and weaknesses. Combat is executed instantly between turns but battles are often not resolved in a single turn allowing other players to react to the situation.

Barons of the Galaxy can be played for years with a players role in the system he is in changing dramatically through in game events or player driven political ones keeping the game play fresh. With so many different types of industry with slightly different mechanics even a novice player can have huge influence among long standing players if their niche market is the focus of a global event.

The game is developed by a solo indie developer with decades experience in hosting strategic and RPG table-top games. The project was inspired by the dislike of other games like it which tend to be unfair, unbalanced, short-lived, and essentially cash-grabs. The mechanics in Barons of the Galaxy are designed to limit the power of veteran players from being while giving smaller players opportunities to shine in an interactive political strategy game that is not based solely around combat.

"Barons of the Galaxy is quite unique." - Skratti 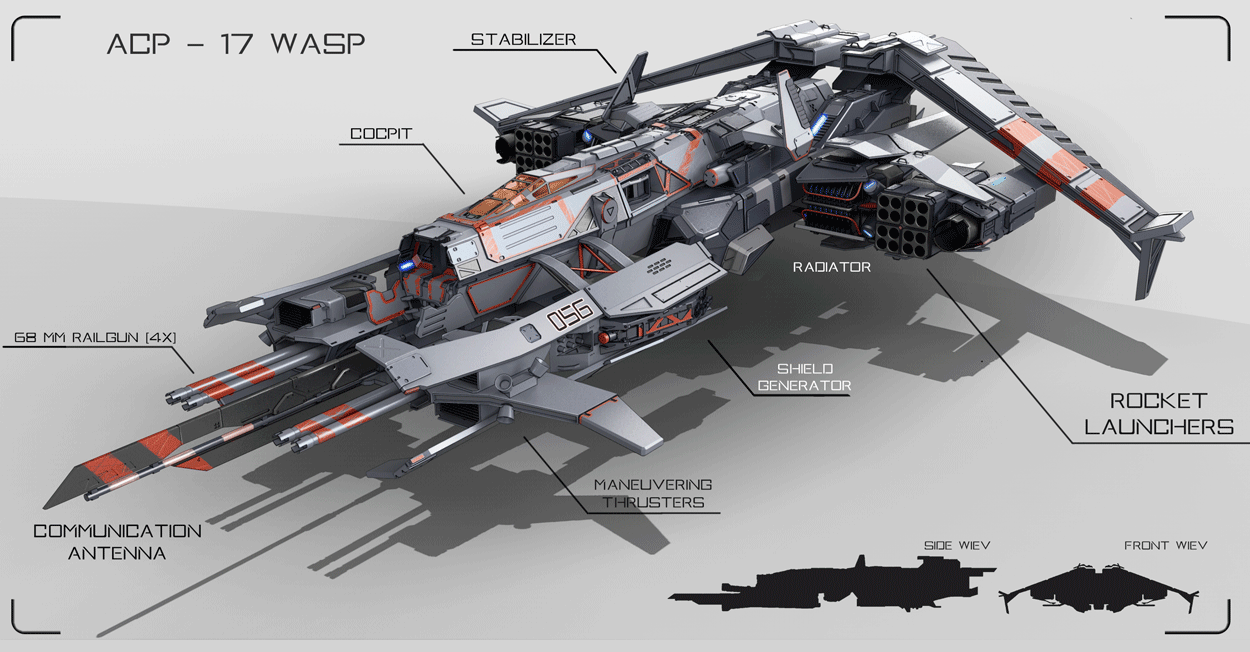 Barons of the Galaxy is currently in Open Beta Test with a launch date of May 13th, 2017.